About to finish my bachelor's in Psychology, previously a dancer/singer for 10 years. Don't think I'm your general run-of-the-mill twink. I'll surprise you in more ways than one. Have more pics so just ask. ;) 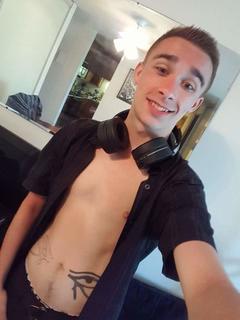 Maybe cute guy but total flake. He ghosted on the first attempt to meet up a few months ago and decided to take another try based on the reviews. Same thing. Communicates up to a point then goes silent. Returns with goofy stories of what happened.

I'm sure the positive reviews aren't wrong so guessing that he meets you when he wants to meet you...

Arrived right on time, communication was consistent. Initially i was extremely nervous, but once he arrived that quickly went away. When i mentioned i was nervous he immediately assured me that it was normal and answered any questions i had. Truly made me feel a sense of intimacy and connection i havent felt in a long time.

Pictures don't do him justice, by a long shot. Absolutely stunning in person. Although he occasionally has been late, he always makes up for it. Not only by giving extra time, but in the genuine interest and sincerity that he shows towards me and how I'm doing. And as a bonus he's a helluva good time as well. Been coming back for over a year now.

Total flake. I attempted to connect with him twice. The first time he didn't show. He sent me a text 2 days later with what seemed a tall tale about a stolen car and "almost" being arrested. I gave him a second chance, he was a ni show again. This was after I gave him my room #. He claimed he was at the hotel parking. Don't waste your time !!

Showed up about 20 minutes late, said he blew a tire on the way here and had to switch it out. But once he showed up i forgot ALL about it. Wise beyond his years and more fun than ive had in years, easily one of the best guys ive ever hired. Would highly recommend him to anybody.

Damien showed up (early) and I immediately felt as if I had known him my whole life. His beautiful and attentive eyes were always in contact with mine. He listened and asked questions and he really wanted to know about me. He is beautiful, smart and a joy to spend time with. I might introduce him to my Mom. Lol!